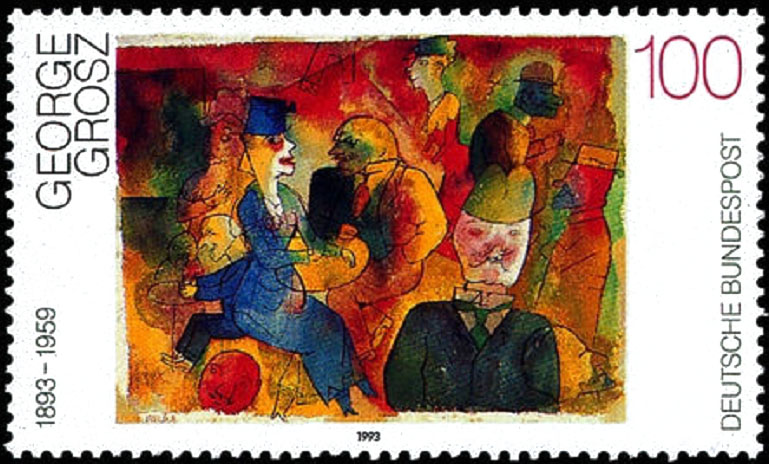 The self-loathing of the white American liberal is as well-established and documented as Einstein’s Special Relativity theorems. A typical example is writer Susan Sontag’s denouncement of the white race as „the cancer of human history.“ A racist hatred of one’s own race – auto-racism – has become a defining characteristic of the liberal mind. Yet the source of such suicidal guilt remains a mystery. Clearly understanding what disables liberals from wanting to defend their culture is today a mortal necessity – an absolute requirement if America is to be preserved and protected from Moslem terrorists and other folk desirous of her demise.

[…] Anthropologists observe that for most primitive and traditional cultures, „every individual lives in constant fear of the magical aggression of others … there is only one explanation for unforeseen events: the envious black magic of another villager.“ Reflect for a moment on the extent to which tribespeople in a tribal, „primitive“ culture suffuse their lives with superstition, witchcraft, sorcery, voodoo, „black magic,“ the „evil eye.“ The world for them is teeming with demons, spirits, ghosts and gods, all of whom are malicious and dangerous — in a word, envious. A great many, if not the majority, of tribal or traditional cultures, whether in the Amazon, Africa or the Pacific, have no concept of natural death. Death is always murder.

The fundamental reason why certain cultures remain static and never evolve (e.g., present-day villages in Egypt and India that have stayed pretty much the same for millennia) is the overwhelming extent to which the lives of the people within them are dominated by envy and envy avoidance: as anthropologists call it, the envy barrier.

It is an ultimate irony of modern times that left-wing Marxist-type intellectuals consider themselves to be in the progressive vanguard of sophisticated contemporary thought — when in reality their thinking is nothing but an atavism, a regression to a primitive tribal mentality. What the Left calls „exploitation“ is what anthropologists call „black magic.“ […]

Fear of Being Envied

[…] So here we discover the secret fear at the source of the suicidal liberal mind. It is envy that makes a Nazi, a Communist or a terrorist. It is the fear of being envied that makes a liberal and is the source of „liberal guilt.“ […] The liberal’s strategy is to apologize for his success in order to appease the envious. Liberalism is thus not a political ideology or set of beliefs. It is an envy-deflection device, a psychological strategy to avoid being envied.

[…] One definitive characteristic of both envy and the fear of it is masochism. Envy is not simply hatred of someone for having something you don’t — it is the willingness to masochistically give up any chance of ever having that something yourself as long as the person you are envious of doesn’t get to have it either. Similarly, the more one fears being envied, the more one is driven to masochistic self-humiliation in attempts at envy Appeasement.

The Masochism of Liberals

It is possible to perceive the passions of the Left as frenzies of masochism. What could be more idiotic and masochistic than to oppose missile defense? This opposition cannot be understood unless one dispenses with its rhetoric and rationales and realizes that these folks at their emotional core do not want their country defended. The lunacy of the „global warming“ hoax cannot be comprehended other than that its masochistic advocates do not want their civilization to prosper. The culture-destroying immigration policies that Pat Buchanan warns are causing „The Death of the West“ were put in place by those who do not want their culture to survive.

The lethality of liberal envy appeasement is that personally felt guilt is projected onto the various social or tribal collectives to which the liberal belongs and are a part of his self-identity. Self-loathing is transformed into a loathing of one’s society or race.

White male liberals become auto-racist and auto-sexist: racist toward their own race, sexist toward their own sex. Dime-store demagogues like eco-fascist environmentalists, feminazis, animal and homosexual rights types, race hustlers like Jesse Jackson and Al Sharpton all get their strength from the liberals‘ fear of their Evil Eyes. As the Amazon tribeswoman who says her baby is ugly, so the white male liberal says his gender, his race, his country, his civilization and even his entire species is ugly.